Kurt Kaiser of Waco, Christian composer and pianist, died Nov. 12 after a lengthy illness. He was 83. 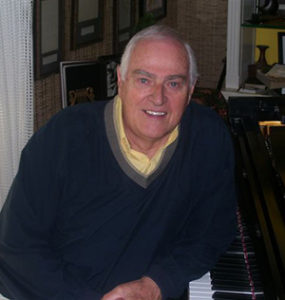 Kurt Kaiser of Waco, Christian composer and pianist, died Nov. 12 after a lengthy illness. He was 83. Kaiser was born Dec. 17, 1934, in Chicago. He held degrees from the American Conservatory of Music and Northwestern University. He and his wife Pat and their family moved to Waco in 1959. They were longtime members of Seventh & James Baptist Church before they helped to start Dayspring Baptist Church in Waco. Kaiser was instrumental in the launch and growth of Word Music, where he was vice president and director of music. He composed more than 300 songs, including “Pass It On” and “Oh How He Loves You and Me.” He and Ralph Carmichael pioneered Christian youth musicals such as “Tell It Like It Is” and “Natural High” in the 1960s and 1970s. He was soloist George Beverly Shea’s accompanist at Billy Graham Evangelistic Association crusades. He received the Lifetime Achievement Award from the American Society of Composers, Authors and Publishers and was elected to the Gospel Music Hall of Fame. He was a longtime supporter of Baylor University, which all four of his children attended, and the university awarded him its Pro Ecclesia Medal of Service in 2017. He is survived by his wife Pat; four children and their spouses, Kris Kaiser Olson and Charles Olson of Waco, Kelli and Kent Kaiser of Sugar Land, Janet and Craig Kaiser of Houston, and Gail and Tim Kaiser of Coppell; 10 grandchildren; two great-grandchildren; one sister, Sigrid Schultz; and three brothers, Helmuth Kaiser, Martin Kaiser and Gerhard Kaiser.